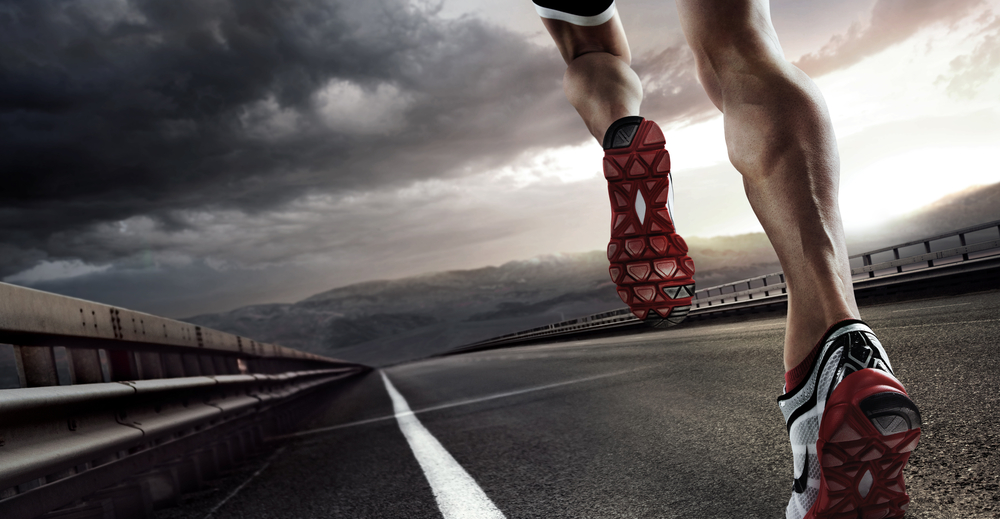 Did you know humans began running over 2 million years ago? And as a result, our bodies have developed and evolved for long-distance running. The majority of the animal kingdom can run faster than us. However, aside from the Ostrich, healthy and in shape humans can outrun almost every other animal.

As a physiotherapist, I have been analyzing gait for many years. This has included evaluating running gait in people who want to run better, avoid injuries, or try to discover why they are having injuries when they run.

I have found that there are some very distinct differences between an elite long-distance runner and an average runner. Let’s look at three of the most important differences:

Sometimes I will use slow-motion video analysis to evaluate runners. One thing that shows up on the video analysis is how strong (or weak) a runner’s hips are. I will take a short video clip from behind the runner (usually on a treadmill).

When evaluating the video, I will look at the opposite hip/pelvis when the foot strikes the ground.

It’s All in the Details

In an elite runner, there is a very little drop on the opposite side of the pelvis, but in an average runner, there can be quite a significant drop. In runners that are having pain near the end of their run, I am often suspicious that this hip drop is much worse as the hips fatigue.

This can cause foot, ankle, knee, hip, or back pain. These are the small subtleties that contribute to the final result of average and elite runners.

If you’re looking to strengthen your hips to improve your running, just remember it takes time.

But focusing on the external rotators and abductors at the hips is a great start. You may wish to talk to your physiotherapist to learn some of these exercises.

Sometimes, when there is a marathon or triathlon on TV, I will pull out my iPhone and use the tap function on a metronome app to find out the cadence of the runners. Without fail, elite runners are very close to 180 steps per minute.

The cadence of average runners, on the other hand, can vary significantly.

It is not uncommon for the cadence of an average runner to be less than 160 steps per minute, and sometimes as low as 140.

An impact peak when running is often 5x the person’s body weight. It’s easy to see that a higher impact peak can contribute to injuries.

It has also been argued that the most efficient cadence when running is 180 steps per minute. No wonder all elite long-distance runners are right around this 180 number.

3. The Most Important Difference!

The most important difference between an elite runner and the average runner is also the difference that most contributes to injuries. Elite runners have a strict training regimen that will gradually build up their tolerance to the longer runs.

Plus, they run very frequently (often 5 to 6 times per week). The average runner, on the other hand, may run a lot more when the weather is nice, or when they have more time.

But, sometimes it is just inconvenient to run (especially with Calgary weather).

Our bodies do very well accommodating to running if we build it up slowly, and start with a small amount. The general rule of thumb is to avoid increasing intensity or distance by more than 10% per week… and this includes running at least 3 times per week.

Some of us are never going to be elite long-distance runners, but I believe we can improve our running, and decrease our chances of injury by considering these three things.

Running is an important component of staying healthy and fit. Everybody should run. However, at the same time, some people may have difficulty running due to an injury or some type of physical condition. If this describes you, help is available.

At Panther Sports Medicine, we provide physiotherapy services to help you regain your bodily autonomy. Our team of healthcare professionals is here for you.