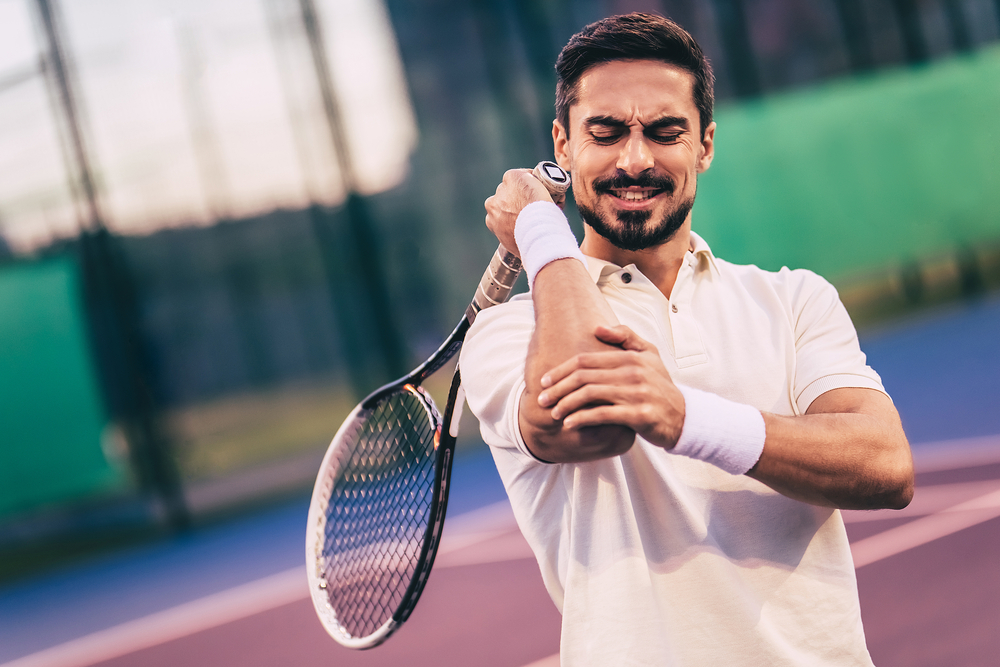 The radial nerve, deriving from C5-T1 in the cervico-thoracic spines, divides into both the posterior interosseous and superficial radial nerves, both of which are in close proximity to this region. As such, a peripheral neuropathic or cervicogenic referral cannot be overlooked as potential differential diagnoses driving your ongoing lateral elbow pain.

When an overuse injury is classified, it is often found that that repetitive manual tasks, whether they be macro or micro in nature, lead to an overload of the tendons that attach the extensor group to the lateral epicondyle. The pain is often localized diffusely to the lateral elbow, in the region of the common extensor tendon or distal musculature. Movements such as manipulations of the hand/fingers, grip, and wrist extension may all be provocative movements reproducing pain.

Lateral epicondylitis affects 1-3% of the population, with those aged 35-50 years most commonly being affected. It is common between both male and females. A systematic review by Van Rijn et al. demonstrated that handling tools > 1kg, repetitive movements for more than 2 hours per day, and handling loads heavier than 20kg ~10x per day were all risk factors for developing tennis elbow. Other risk factors identified include: training errors, joint restrictions/dysfunctions of the shoulder/wrist, aging, poor circulation, muscle imbalances and psychological factors.

Tendinopathy is a widely researched and discussed topic, and it is understood to potentially comprise of 3 pathologies which could create pain:

It is generally understood that inflammation occurs early during the disease process. Repetitive overuse can lead to microscopic tearing in the common extensor tendon, which includes collagen disorientation, disorganization, fibre separation increased by proteoglycan content, increased cellularity and neovascularisation. Often times, if the condition has been ongoing for a while, the pain is due more to a degenerative than an inflammatory process. Histology often reveals increased fibrolastic activity and granualation tissue formation within the common extensor tendon itself.

The treatment for such a diagnosis, along with other tendinopathies, has also become clearer over the past number of years. One must not rest completely if they have tendinopathy. Resting decreases the ability of the tendon to take the load. You should reduce the loads to a level that the tendon can tolerate, and slowly progress these loads as your symptoms allow.

Passive treatments such as manual therapy, intramuscular stimulation (IMS), acupuncture, and thermal modalities may all be beneficial, but you should not limit yourself to only passive treatments. These treatments, if used alone, are often not found to be beneficial in the long-term. Injection therapies, specifically cortisone into the tendon have not shown to be effective in good clinical studies on long term follow up. These may provide short-term relief but may be detrimental to the long-term health of the tendon.

One should not seek injection therapies until they have attempted and failed a good exercise-based loading protocol for the tendon (x12 weeks). Stretching may provide some short-term relief, but may not be of long-term benefit unless there is an actual contraction of the muscle’s fibres in the extensor compartment. If this is the case, therapists often perform the Mill’s Manipulation which is a contractile tissue manipulation to help regain range of motion and disrupt the scar tissue.

The therapist may also use other forms of soft tissue therapies including IMS, cupping, massage, rolling, or instrument-assisted soft tissue tool work. Newer mechanotherapy such as extracorporeal shockwave therapy has recently become popularized for the management of certain musculoskeletal disorders, including tendinopathy and calcific tendinopathies.

Gradually progressing loads will allow the tendon the time it needs to build its strength and capacity. Progressing to eccentric based exercises has been proposed to promote collagen fibre cross-link formation in the tendon, facilitating tendon remodelling. Although this can take upwards to 12 weeks, if a multi-modal approach is taken, often long-term outcomes remain good.